Youth in Decline is a publisher of lovely and strange comics & zines based out of San Francisco, California.

If you have an idea for a publication that you want to share, please see the "Submissions Guidelines" section of the About Us page.

In addition to publishing our own books, Ryan occasionally edits, translates, and contributes random essays and ephemera to other publications and sites. See Other Projects for details. Step into Mickey Z's world over at her website. 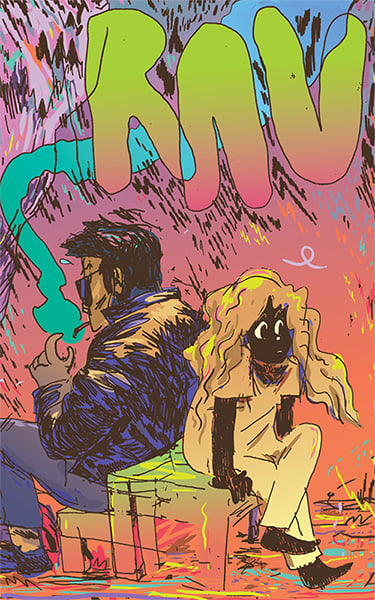 RAV is an Epic Classic of American Cartooning. This chunky tome collects the second installment of Mickey Zacchilli’s sprawling and hilarious opus.

Follow Juice and Sally as they explore the Meat Cave and navigate a hilarious web of bizarre friends, lovers, and enemies. Along the way, hang out with jilted boyfriend Edward the Snake Prince, sexy meddler Main Marian, smiling Rolo, power-hungry Ben, and the mysterious Mothball the Cat. Also, there’s a mysterious pouch and a weird power cube. 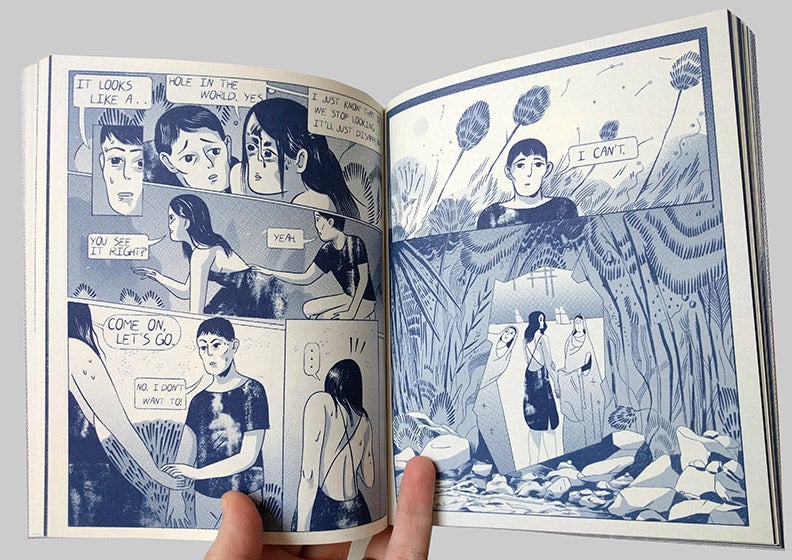 Dream Tube by Rebekka Dunlap is the first collection of work by cartoonist and illustrator, Rebekka Dunlap. These comics effortlessly jaunt from colonized interstellar space to a Brooklyn witch's loft party restroom to the emotional geometry of a couple's private life. Snackies is a hilarious and earnest look into the brain + heart + soul of Nick Sumida. Featuring gags and real talk, Snackies collects the work of his two risograph minicomics, along with 24 pages of exclusive new strips.

See more funnies by Nick on his Tumblr.

Frontier is a quarterly art and comics monograph series, with each issue highlighting a new artist's exciting and challenging work.